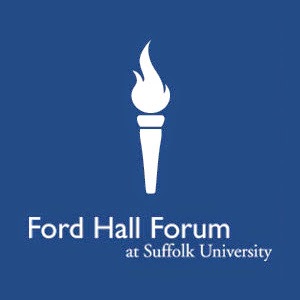 A video for this event is featured on the Forum Network

Championing a Cause: The Voice of Today's Athletes

Championing a Cause: The Voice of Today's Athletes

Today’s professional athletes have increasingly leveraged their powerful voices and the platforms their mediated profession provides. From raising money to combat major diseases to calling awareness to major societal issues, athletes have the power to influence opinion and affect change. While athletes have worked hard at their craft, reached the highest levels of their profession, and tapped the capital markets, some demand that athletes “shut up and dribble.” Would the same be demanded of any other professional who has reached the highest levels of his or her industry?

Join Ford Hall Forum as we host a unique and intimate conversation with some of the nation’s most charitable and vocal athletes and representatives from Boston’s business and non-profit community. The evening’s guests are Devin McCourty, acclaimed free safety, New England Patriots. Off the field, McCourty is deeply engaged in social activism on numerous topics including criminal justice and education reform. McCourty is one of the most visible leaders of the Players Coalition, a nonprofit organization governed by 12 NFL players, which is committed to raising awareness about social issues and advocating for change; Michael Bornhurst, Associate Vice President, Corporate Development and Special Events, Boston Children’s Hospital Trust; Rebekah Splaine-Salwasser, Executive Director, Red Sox Foundation/Take the Lead; and April Heinrichs, a US Women’s National Soccer Team legend. Heinrichs captained the tournament-winning first US women’s World Cup team in 1991 and coached the next generation of women’s soccer players including Mia Hamm and Brandi Chastain at the World Cup and in the Olympics.