About The Lowell Institute

"the prosperity of my native land, New England, which is sterile and unproductive, must depend on the intelligence and information of its inhabitants" -From the Will of John Lowell, Jr.

Founded in 1836 with a mission to inform the populace regardless of gender, race or economic status, the Lowell Institute has reached thousands of Boston area residents by sponsoring free public lectures and other educational programs. 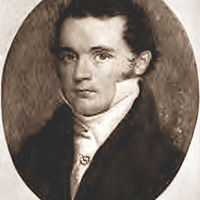 The Lowell Institute is Born

Upon his death John Lowell, Jr. dedicated a significant portion of his estate to the establishment of a trust dedicated to the “maintenance and support” of free public lectures and courses for the citizens of Boston, regardless of race or gender.

Scanned from The Historic Genealogy of the Lowells of America from 1639 to 1899, The Tuttle Company, 1899 by Delmar R. Lowell 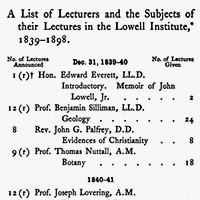 The first Lowell Institute lecture, one in a series on geology, was given by Yale’s Benjamin Sillman, on January 3, 1840.

The History of the Lowell Institute by Harriette Knight Smith (1898) 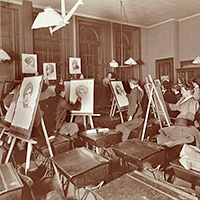 Art Classes at the Museum of Fine Arts 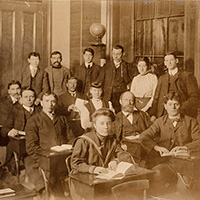 Upon the establishment of the Massachusetts Institute of Technology, the Institute began to sponsor free evening courses at MIT for qualified candidates, both male and female, over the age of eighteen. The name of this MIT program was eventually changed to The Lowell Institute School Under the Auspices of MIT. 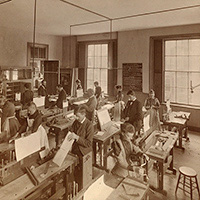 The Lowell Institute School is Formed

In the fall of 1903, newly-appointed Lowell Institute trustee, and Harvard president, A. Lawrence Lowell, formalized the Institute-sponsored courses at MIT by opening the Lowell Institute School for Industrial Foremen (later named The Lowell Institute School), offering courses in mechanical studies and electrical studies. Classes were taught by MIT faculty and took place at night in order to allow students to continue to work while they earned their degree. Over time, courses evolved to cover far more advanced subjects. 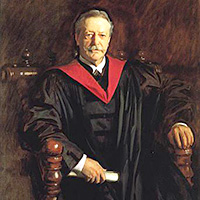 The Beginning of Harvard Extension School

In 1910, as the newly appointed President of Harvard University, A. Lawrence Lowell began an experimental program that he described as "giving as far as possible to the public, without charge, some of the general courses given at Harvard, especially those open to freshman". His vision continues today in the form of the Harvard Extension School.

The LICBC, a consortium of six Boston area Colleges and universities, was formed by Ralph Lowell, the Trustee of the Lowell Institute. The Council’s mission was to present educational broadcast radio programming for the public. The LICBC's first broadcasts were on commercial radio stations in the Boston area, and provided additional public educational opportunities that built on the long tradition established by the Lowell Institute in 1836. Broadcasts featured notable professors from Council member institutions delivering lectures on a diverse array of topics from history and science, to the arts and literature.

Seeing the need for their own radio broadcast facilities, the Institute led the formation of the non-profit WGBH Educational Foundation to create WGBH-FM ("GBH" for Great Blue Hills, the location of the transmitter tower in Milton, MA). It's first broadcast featured a live evening concert by the Boston Symphony Orchestra conducted by Charles Munch, with comments from several notables including Ralph Lowell and American composer Aaron Copland.

Building on the success of WGBH-FM, WGBH-TV begins regularly scheduled broadcasts. The premiere broadcast was the children’s program Come and See, a music show for children that featured Tony Saletan, a folk singer and Boston area music educator, and Mary Lou Adams from the Tufts University Nursery Training School. 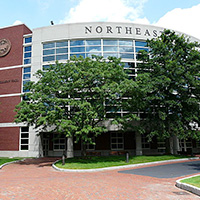 The Lowell Institute School, previously at MIT, moved to Northeastern University where it continues today as part of the College of Professional Studies.

Multi-license with GFDL and Creative Commons CC-BY-SA-2.5 and older versions (2.0 and 1.0)

Partnering With Some of Boston’s Leading Institutions 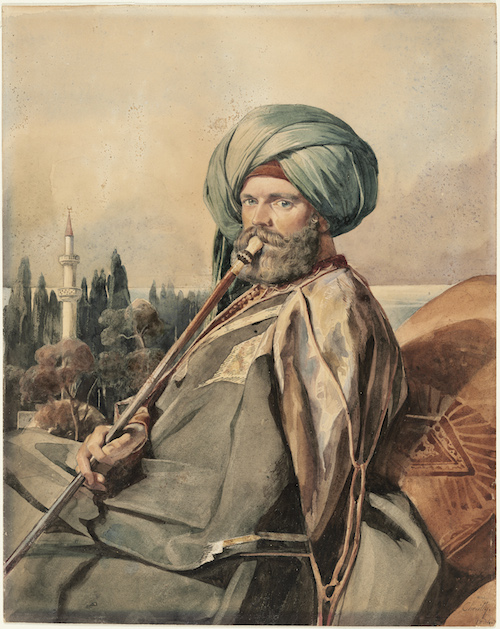 Lent by the Trustee of the Lowell Institute, William A. Lowell
Photograph © Museum of Fine Arts, Boston

John Lowell, Jr. was a successful merchant and the eldest son of textile manufacturing pioneer Francis Cabot Lowell. At the age of 16, Lowell dropped out of Harvard and chose to pursue his passion for travel. Over the next two years he visited India twice, following the routes of Marco Polo. Upon returning to Boston, Lowell found success as a merchant and was elected to the City Council of Boston and the Massachusetts State Senate. An avid supporter of the lyceum movement in Boston and a founding member of the Boston Society for the Diffusion of Useful Knowledge, Lowell showed an early interest in adult education for the public. In 1825 he married Georgina M. Amory with whom he had two daughters. Their marriage was happy, but unfortunately ended prematurely when Georgina succumbed to Scarlet Fever in 1830. Over the next two years Lowell would lose his two young daughters to Scarlet Fever as well.

Devastated by the loss of his family, Lowell decided to sell his properties and once again travel the world. After drafting his initial will and transferring his businesses to his closest friend and cousin, John Amory Lowell, he left for London in 1833. He traveled from London to Paris and then Rome where he commissioned Swedish artist Charles Gabriel Gleyre to record his travels through sketches and watercolors. From Italy they traveled to Greece, Turkey, Armenia, Persia, and Egypt. By the time they reached Egypt, Lowell had been traveling for two years and was suffering from disease. Aware of his condition, Lowell sat at the palace of Luxor on the banks of the Nile to revise his will and create the trust that would become the Lowell Institute.

Lowell’s will directed that one-half of his estate was to be put in a trust with the income being used for the maintenance and support of public lectures to be delivered in Boston.

Lowell envisioned an educational institution dedicated to providing lectures to the people of Boston regardless of their gender, race, or economic status. For that reason the lectures were to be free of cost and open to everyone.

Lowell’s condition worsened as he continued on camel back through Egypt and into India, where he eventually passed away in Bombay on March 4, 1836. John Amory Lowell became the first trustee of the Lowell Institute in July of 1836 when the news of his cousin’s death reached Boston.