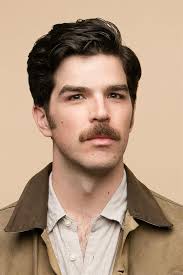 Francisco Cantú served as a border patrol agent for the United States Border Patrol from 2008 to 2012. A former Fulbright fellow, he recently received an MFA in Nonfiction from the University of Arizona. His essays and translations appear frequently in Guernica, and his work can also be found in The Best American Essays 2016, Ploughshares, and Orion, among others and he published his memoir The Line Becomes a River in 2018. He lives in Tucson, Arizona.

Cosponsored by the Winston Center for Leadership and Ethics.